I strolled from the Golden Rider sculpture down the Haupstrasse and up to the Still Water and Stormy Waves twin fountains. They are magnificent water sculptures that are full of fantasy and artistic details that deserve attention. I took some shots with zoom so that you can admire the beauty and details of this achievement from the historical past of Dresden, completed in 1894.

The visit is a must and so worthwhile for art lovers, especially in summer when the water is turned on.

At around 1875 there were already two simple, round fountain pools with simple fountains on Albertplatz that ran for a few hours on rain-free days. 1879 The City Council announced a competition for plans that should be submitted for the sculptural decoration for both fountain basins.

The city council chose three designs from 20 submissions, and the eventual winner was Robert Diez.

After inspecting the models, the city council gave their approval in October 1883 to carry out the designs. Diez was finally commissioned by the Dresden City Council at Christmas 1883 to produce both monumental sculptures.

After their completion in 1894, both wells finally cost around 326,000 marks, significantly more than the funds made available.

On September 1, 1894, both fountains on the Albertplatz in Dresden were put into operation for the first time in the presence of Mayor Stübel and various city councilors and were officially opened. There was no inauguration ceremony, partly because Diez was in Tyrol Austria at the time.

The Still Water Well was not damaged during the bombing of Dresden ; Stormy waves was “largely preserved”. Nevertheless, the fountain sculpture Stormy Waves was dismantled and its individual parts stored at different locations in the city. As a result, there was major damage to the individual parts.

For many years artists and conservationists have endeavored to re-erect the Stormy Waves fountain. Among other things, plans provided for a structure in the garden of the Japanese Palace , but were not implemented. In 1985, the city ​​council gave Karl and Peter Bergmann the blacksmith workshop to temporarily assemble part of the existing fountain elements. This happened from 1986. However, since Bergmann had not received a restoration order, the incompletely assembled well remained – Bergmann only received the parts of the upper fountain shell in 1993 – in Bergmann’s workshop in Mickten for several years . Lost pieces were finally modeled by sculptor Wilhelm Landgraf from 1988 to 1989 , but were also stored.

Only after the fall of the wall was it decided to re-erect the stormy waves . As early as 1990, a brewery had donated the funds for a restoration of the fountain in the amount of around DM 550,000. The restoration work on the fountain finally began in May 1993, with additional cast models of missing parts of the fountain first having to be made. The second cast from 1899 in the park of Schloss Eckberg served as a model.

The fountain sculpture Stormy Waves was finallyinstalled on Albertplatz in July 1994 . On August 31, 1994 the fountain finally went back into operation.

The groups that are “informally related to each other” are supplemented by putting and (slow) aquatic animals such as turtles, frogs and small fish.

The groups are supplemented with small details, including escaping lizards.

“With these fountains, Dresden has been enriched with two works of art, which bear witness to the end of the period of artistic stagnation in which Saxon Elbe florence was trapped for a long time, despite its great artistic past.”
– German construction newspaper 1894 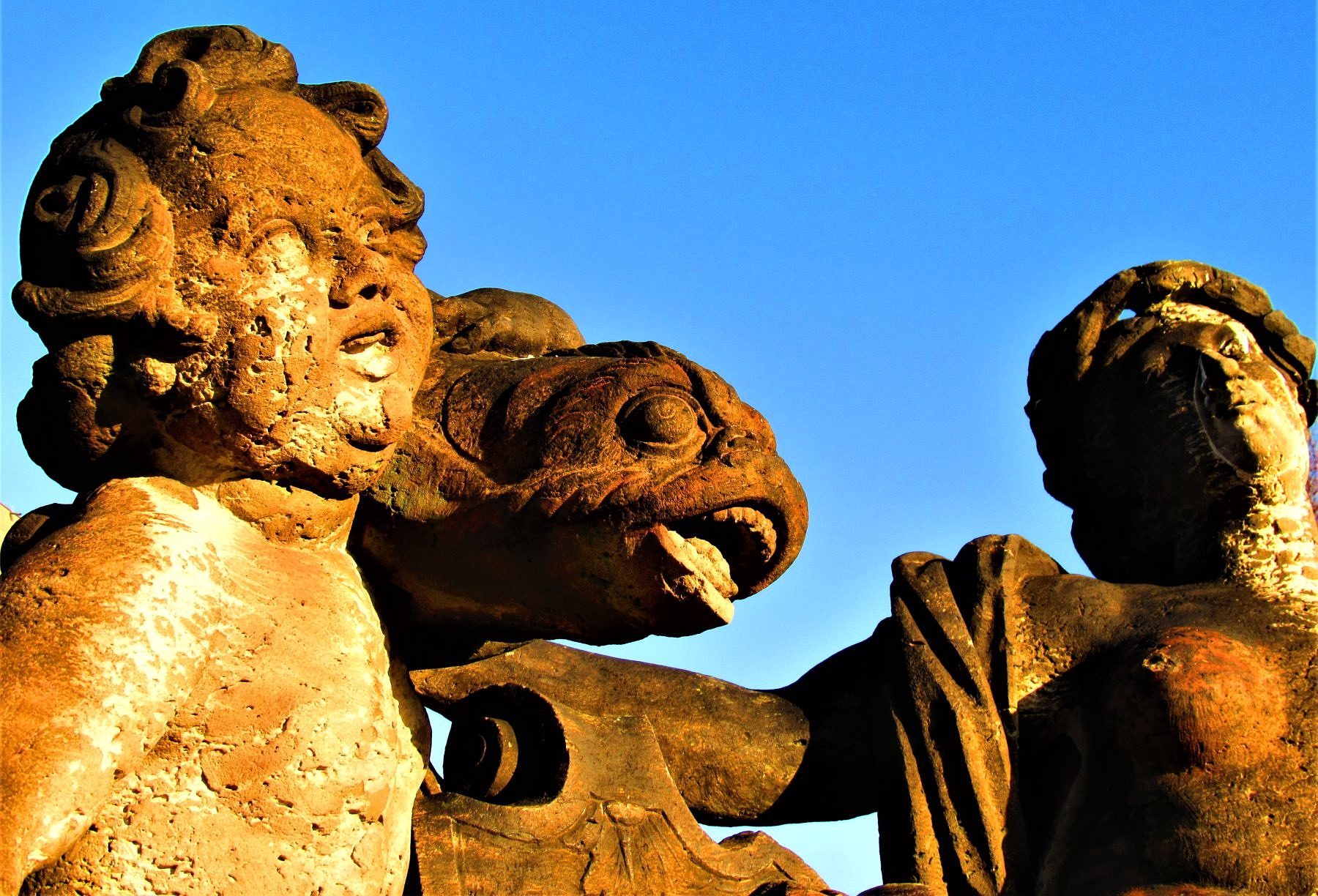 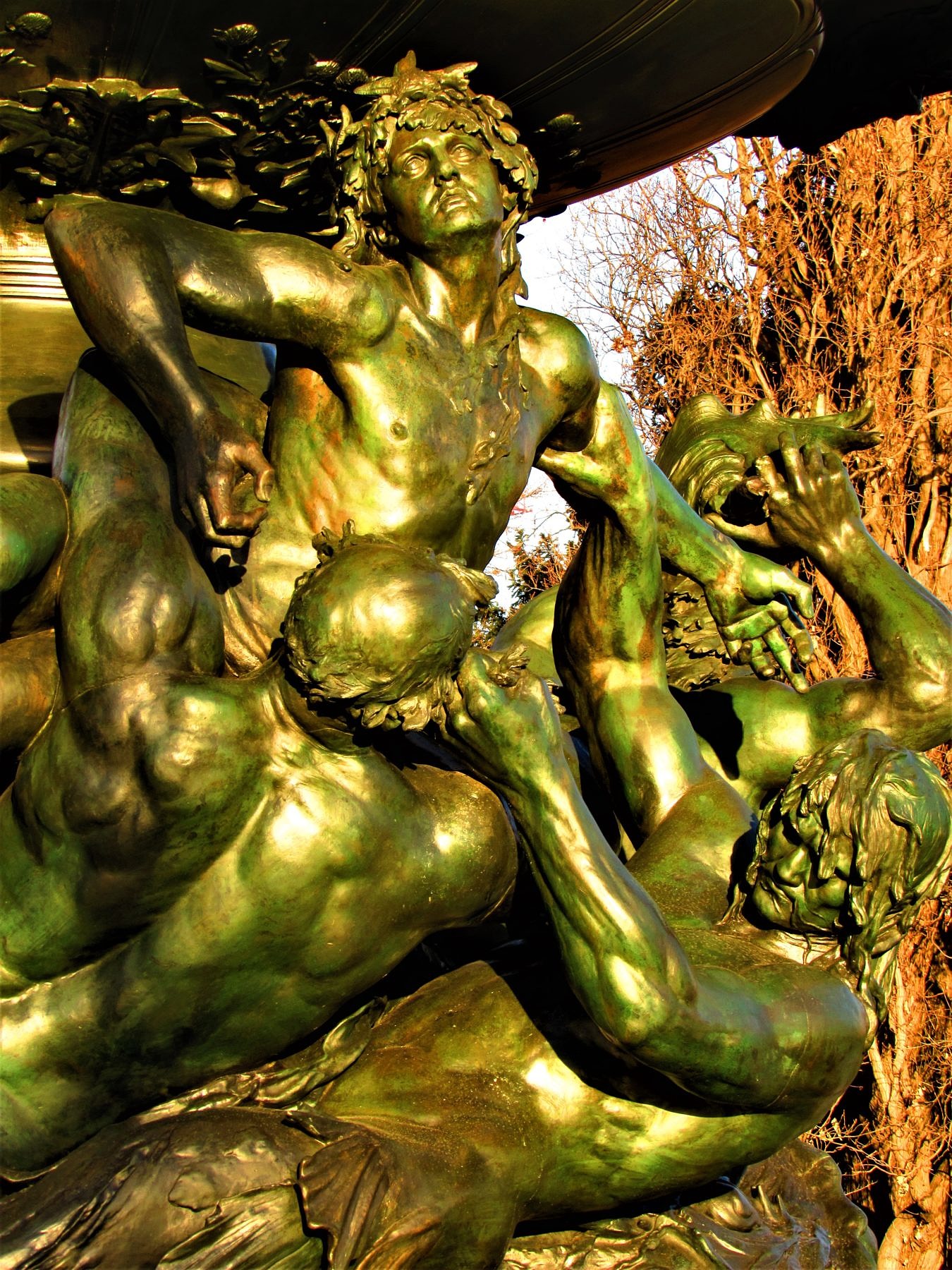 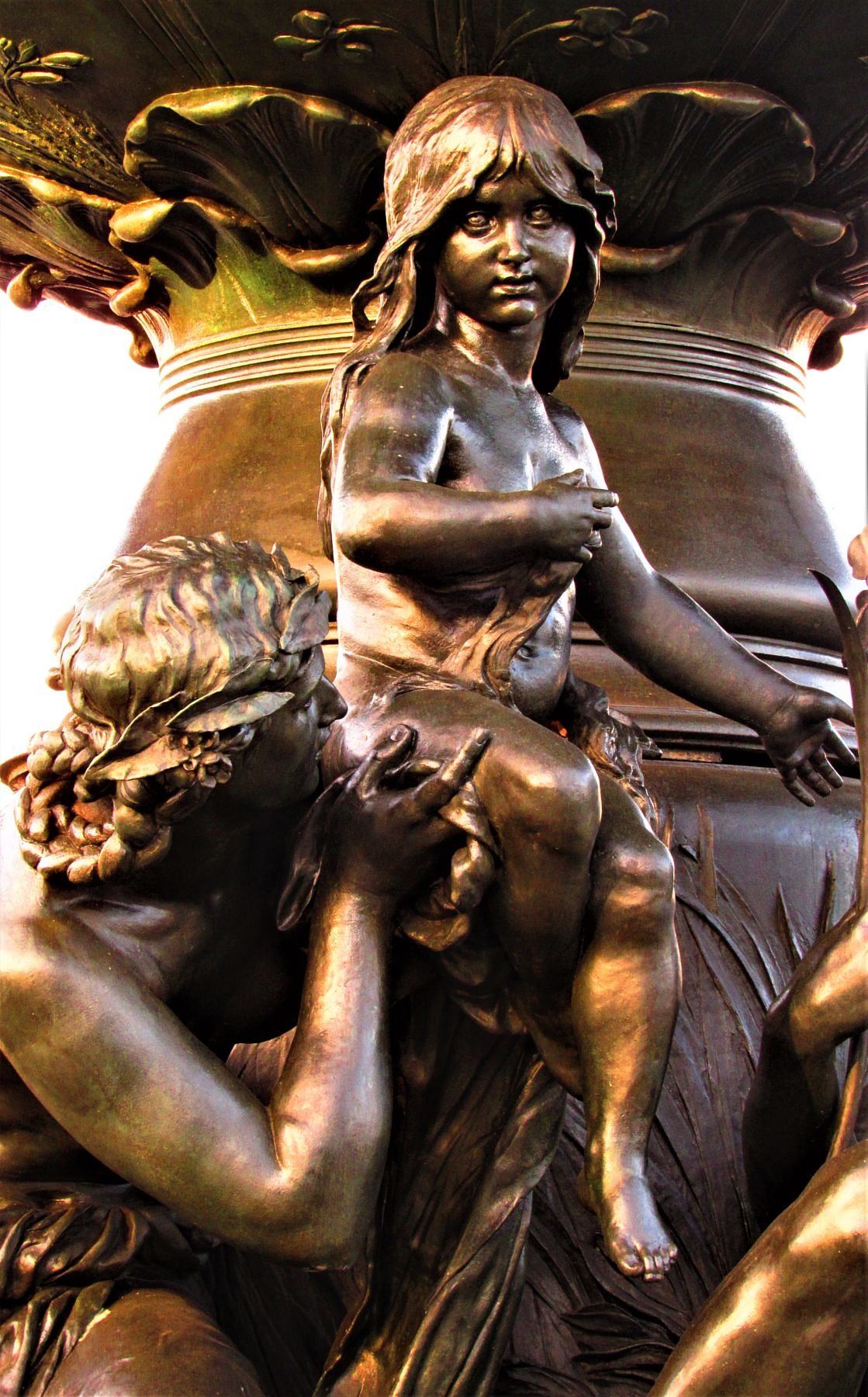 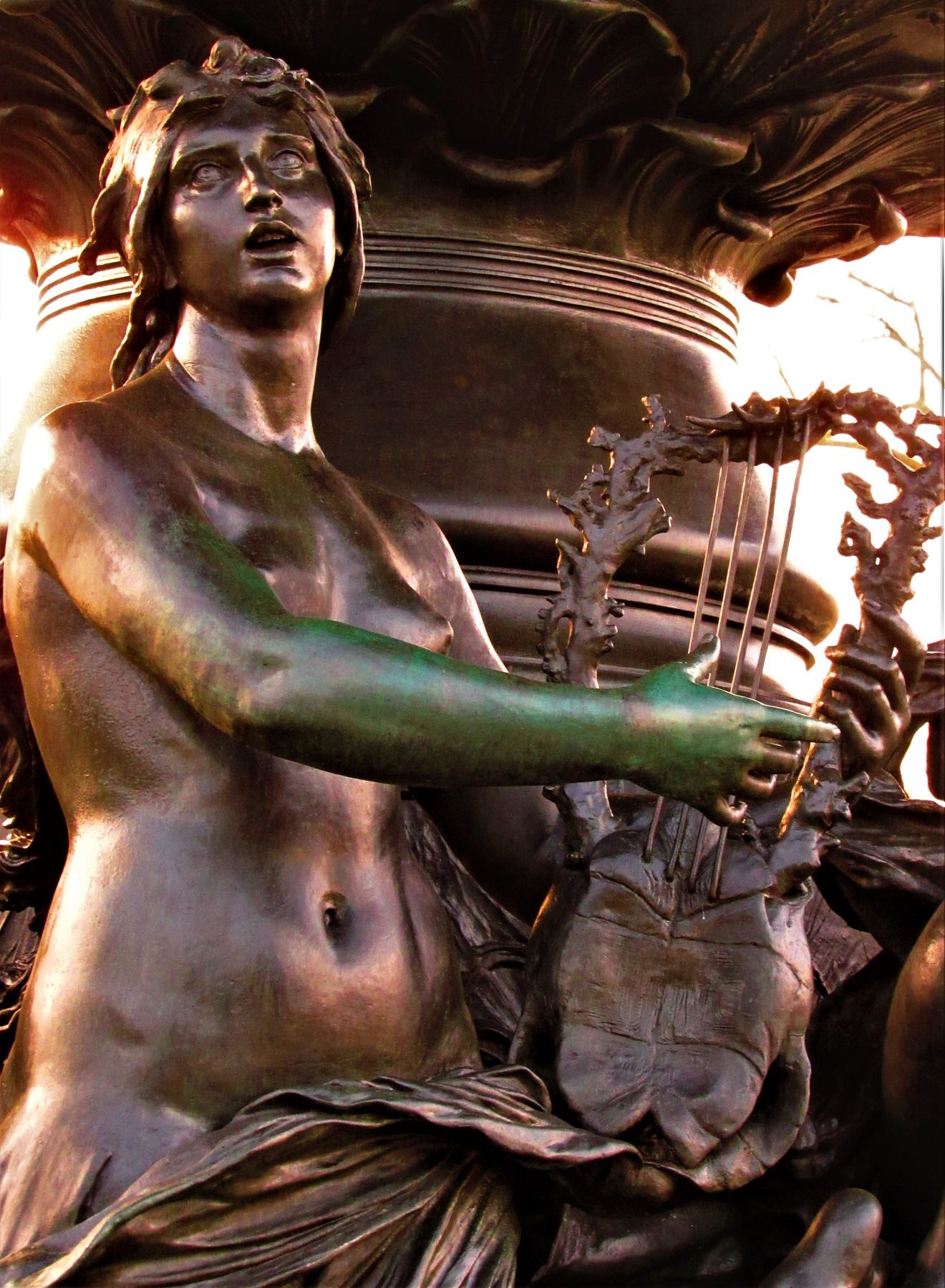